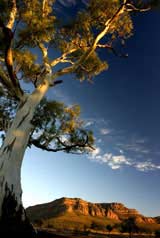 Australia and New Zealand are very welcoming countries to travel to and which appeal to a broad range of visitors from gap year students to families with children, and with wide open spaces, low crime statistics, beautiful beaches, glorious sunshine and a vast and diverse landscape, they are two of the safest countries in the world to visit.

The ozone layer has been severely depleted over this part of the world so one of the greatest dangers is the sun and according to the Cancer Council in Australia, 382,000 people are treated for non-melanoma skin cancer and melanoma each year. You can still enjoy the beaches and sunshine but apply water-resistant broad-spectrum sunscreen of at least SPF 15 and follow the Slip Slop Slap rule (slip on a shirt, slop on sunscreen and slap on a hat).

Australia and New Zealand are a lengthy flight from the UK and 24 hours is a long time to be sat in a cramped aircraft so break your journey, for example, in South East Asia and lessen the risk of Deep Vein Thrombosis (DVT) with flight socks and leg/foot exercises to keep the blood circulating.

Tourist areas in Australia and New Zealand are considered safe but avoid poorly lit areas and parks at night, and never hitch hike. Both countries have modern public transport systems and a network of well-maintained roads and highways. If you're backpacking, many of the hostels operate a pick-up and collection service from bus or rail terminals.
Driving is on the left in both countries. Fill up your tank and get your vehicle serviced if you're going off the beaten track and remember the essentials: maps, compass, water, Swiss Army Knife, food and blanket - and tell someone where you're going because getting stranded in remote, isolated areas and becoming lost in heavy bush land is a real danger in Australia and New Zealand.

The surf is top class in Australia and New Zealand but beach safety should be followed. Popular beaches are patrolled by volunteer lifesavers in the summer with safe swimming between red and yellow flags but take care on non patrolled beaches as rips and strong currents are the most common cause of beach drowning. (A rip current is often darker than the surrounding water, and the best way out is to swim parallel to the shore, or tread water until help comes).

In Australia there are venomous snakes, poisonous spiders (Red Back and Funnel Web), stinging jellyfish and crocodiles but if you follow safety precautions you will be safe. From late October to early May venomous box jellyfish, (known as 'stingers' or sea wasps) occur in the coastal waters of northern Australia and around many of the Queensland islands. They're rarely found on the outer Barrier Reef but in the Northern Territory the stingers are present at all beaches, and in Western Australia they're found along the Kimberley coastline. Beaches will display warning signs and provide bowls of solution for calming stings.

Believe it or not, neither snakes nor spiders set out to attack the tourist, most spider bites occur due to being trapped in clothing so fold garments carefully and rest assured that hospital staff are expert at dealing with bites. New Zealand hosts the Katipo spider, but this is not very common.

In Northern Australia Freshwater Crocodiles ("Freshies") can be found in inland waters, and Estuarine or Saltwater Crocodiles ("Salties") in the tidal reaches of rivers. They can also occur in freshwater lagoons and swamps and some beaches but if you observe the warning signs and don't go near where the crocs might be then you'll be safe. Mosquitoes (mozzies) are annoying but they're not a health hazard - just arm yourself with some effective repellent including DEET (diethyltoluamide).

The standards of health are good in both Australia and New Zealand and there's no major risk of infectious diseases. No vaccinations are needed for travel to either country but visitors should have comprehensive health cover on their travel insurance.Australians and Kiwi's are renowned for having a relaxed, laid back attitude to life and this informal approach applies to dress code so neat casual clothing is fine for most occasions. If you read a sign saying: "No thongs" don't panic - it's another word for flip flops!

Tipping isn't expected in either countries and smoking is banned in public places including bars and restaurants in New Zealand and most of Australia.

The currencies are the Australian Dollar (AUD) and the New Zealand Dollar (NZD) and English is the official language for both countries, along with Maori and Samoan in New Zealand and Aboriginal dialects such as Kriol, spoken in the Northern Territories of Australia. Large cities are very multicultural and Greek, Chinese, Italian and Arabic are also spoken.

Seasons are opposite to Europe. New Zealand is sub tropical in the north and temperate in the south while Australia is varied with hot summers in Queensland, WA, NSW and the NT with cooler weather in SA and Victoria. In an emergency call 000 in Australia and 111 in New Zealand.

Questionnaire: How Safe Are You in Water on Holiday?

Tips for Travelling in Mexico and Central America