Home > By Continent or Country > Avoiding Cultural Clashes Whilst Travelling 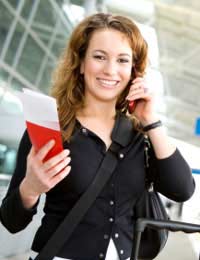 When you head off to foreign countries on holiday, you need to remain aware that their ideas and customs can be quite different and possibly contrary to yours. At times that means there’s the possibility of a cultural clash between what you’re used to and what are the norms in the country you’re visiting.

That’s especially true as destinations become more adventurous and we venture into parts of the world where ideas are radically varied from those we experience everyday at home.

What can you do to avoid a cultural clash?

Read up on your Destination

Before you go on holiday, read as much as you can about the country or countries where you’ll be staying. If they’re in Western Europe, you’ll almost certainly be fine, but if you’re going farther afield, it’s much better to learn in advance.

The more you know beforehand, the less chance there is of making a gaffe that might cause an incident. If you’re a woman who’s previously been used to beaches where you can sunbathe topless, for example, it’s best to find out if that’s acceptable where you’re going – it might even be that it’s a country where they feel women shouldn’t be wearing bikinis.

It’s certainly not always about showing flesh. There are places like Singapore where it’s illegal to chew gum or spit, and doing either can get you into serious legal trouble, as can swearing in public, especially if you swear at a woman.

In other words, you need to be very aware of local laws.

Another dangerous area is religion. You might be somewhere which isn’t as free and easy about religion as Britain. Wherever you go, it’s always a good idea to treat religion and religious figures with respect. More and more it’s a controversial issue, and you can end up with a lot of problems unless you’re careful, especially in some areas of the world.

Educate yourself about the country, the people and the customs. You owe it not only to yourself, but also the places you’re visiting.

One thing worth remembering is that there might well be areas of a city, town or country where it’s not advisable for tourists to go. A lot of tourist literature won’t tell you that, although some of the better guide books might. Often, though, it’s something you’ll learn after reaching your destination, by talking to locals. Listen to their advice, it could stop an incident and maybe even save your life.

Respect should always be your watchword when you travel abroad. You’re a guest in another country, so behave the way you’d want people to behave in your country. Even if things don’t always make sense to you, abide by them anyway. If you’re a woman and the custom is for women to have their hair covered, make sure you cover yours. If dressing modestly is called for, then don’t be wild.

If you’re going to local monuments, be thoughtful, not derisory in your comments, even if you’re not impressed.

Be polite to those you meet, no matter what their job. Unless you’re in a well-developed country, most of them won’t make as much money as you – to them you’re a well-heeled interloper.