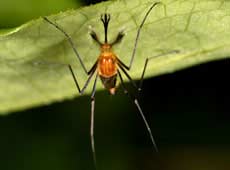 Think of malaria, and you probably think of death. Malaria is the most common infectious disease in the world. It can be fatal but it can also be cured and prevention is possible using malaria tablets. It is passed on by a mosquito whose saliva contains malaria parasites. Malaria does not affect countries with cooler climates, and is unlikely in temperate climates. Countries with tropical climates are most likely to harbour the disease.

Malaria is a big problem in countries such as Egypt, Morocco, Tunisia, Sub Saharan Africa, Central America, Dominican Republic, Haiti, Argentina, southern China, central and Southeast Asia and India and mosquitoes that spread malaria are more likely to emerge at night than in the daytime.

There is no vaccine to prevent malaria but one is currently in progress.

Anti-malaria tablets are available. The required tablets vary depending on the country that you are visiting. You should seek advice from your GP and take the malaria tablets before you travel, as well as during your stay and after you have arrived home, in order to cover the incubation period. They should be taken with meals or soon afterwards.

At an early stage, malaria symptoms can be similar to those of many other infections caused by bacteria, parasites and viruses. Symptoms may include:

Certain prescription drugs can protect against malaria. These include:

Another insect borne disease is yellow fever. It is also transmitted via mosquitoes. Yellow fever is a common disease in Central and South America and Africa. There is no real threat of contracting malaria in Asia, even though the mosquitoes that spread yellow fever are in the region. Travellers should be vaccinated against yellow fever at least 10 days before arriving in an at-risk country. You may require a certificate of immunisation to enter certain places.

The mosquitoes that spread yellow fever are more likely to come out in the daytime. Drugs cannot cure yellow fever. Most sufferers fully recover by themselves and have immunity thereafter. A vaccine is available for yellow fever. One vaccine gives immunity for ten years. If you are travelling to a high-risk area, you will need a yellow fever vaccination certificate. You will also need one to travel to certain parts of Asia.

Insect repellent should be used to protect against yellow fever.