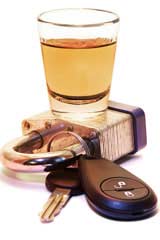 Drinking and driving is never a good idea, period. But it becomes especially bad when you go abroad. Not only are you unfamiliar with the roads and driving customs, but driving on the other side of the road and the different speed limits are experiences that need complete concentration. Those factors all add up. But there's one more to take into consideration - the legal blood alcohol limit for driving. Compared to Britain, most European countries have very low limits, or in some instances absolutely zero tolerance.

Drink driving is measured in blood alcohol, in a certain number of milligrams of alcohol per 100 millilitres of blood. Initially it is measured with a breathalyser test, then a sample of urine, however it can also be checked in the saliva. The general standard in Europe is 0.5 mg per ml, but there are wide variances from country to country.

Below are some of the blood alcohol limits taken from European Commission information:

0.5mg is equivalent to one small beer, so nowhere in Europe is there much tolerance for drinking. Be very aware that there are variances within this framework. Turkey's 0.5 mg limit, only applies to passengerless compact vehicles; otherwise it's 0.0mg. In Germany the 0.5 mg limit applies unless you're picked up for another traffic offence, in which case it drops to 0.3mg; if you're over that, it'll be a criminal offence. If you're in a fatal accident in Germany and over the limit, you could serve five years.

If you're a new driver (i.e. one who passed the test within the last two years) a number of countries have lower alcohol limits, like 0.1mg in Spain. In the same way, some countries also give higher penalties for those found with a much higher concentration of alcohol in the blood.

In many parts of Europe, the police don't need 'probable cause' to stop your vehicle and breathalyze you. They're permitted to make random stops and checks, so you could easily find yourself stopped unexpectedly.

Don't expect leniency if convicted of drink-driving abroad. The penalties differ greatly from country to country, but at the very least you're going to receive a large fine. You can, for example, receive a six month sentence in the UK and Ireland, and anywhere from one day to three years in Luxembourg. Drink-driving convictions in France can bring jail terms of two months to two years, and in Finland up to three months. In all cases your licence will be suspended or you'll be banned from driving in the country.

How This Affects You

If you're banned from driving in one country, that doesn't stop you Driving Elsewhere in Europe. Attempting to return to that country driving a vehicle, though, will lead to your arrest. However, according to the AA, drink driving convictions abroad do not affect your UK licence. They claim that even if your licence is confiscated abroad, the foreign government will simply send it to the DVLA, which will then return it to you without penalty!

But that knowledge doesn't change the fact that you simply shouldn't drink and drive. There's no way to do it with complete safety. You risk a conviction, fine and a great deal more. Enjoy your nights out on your European holiday, by all means. But walk or take a taxi; the other way simply isn't worth it. Also, be aware that by 2010, the legal limit throughout Europe will probably be 0.2mg.

The Most Dangerous Countries to Drive In

Insuring your Car for European Travel