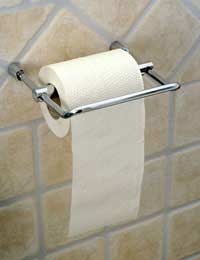 What you don't know can hurt you!

After scheduling time off work months in advance, booking your flight, and buying your sun-screen and swimsuit, getting sick is definitely not what you are hoping for. That's why, along with planning your itinerary, you will also need to become familiar with some not-so-pleasant things you may meet on the road. Below are a list of ten leading causes of sickness in travellers, especially in Mexico and Central America.

Food Poisoning and Traveller's Diarrhoea, also known as Turista and Delhi Belly, occurs when foreign or toxic bacteria are introduced to the intestines. While symptoms (runny stools, nausea, abdominal cramps, bloating, fever and malaise) can be aggravated by fatigue, jet lag, and a change in diet or climate, they are almost always related to poor hygiene - usually contaminated food or water.

How to avoid Food Poisoning and Traveller's Diarrhoea:

How to Avoid Malaria:

The best way to avoid Malaria is to avoid mosquitoes: wear insect repellent (with DEET), wear long pants and long-sleeved shirts, and stay inside at dusk. There are anti-malarial drugs available, but no vaccines.

Typhoid Fever is a contagious infection of the intestines that affects the whole body. It is caused by a bacterium called Salmonella typhi that is transmitted by contaminated food or water. Symptoms usually start one to three weeks after exposure and include: high fever, headache, sore throat, vomiting, diarrhoea, skin rash, weakness and an inability to think clearly.

How to Prevent Typhoid:

What to Do About Tapeworms:

Chagas Disease is a parasitic infection transmitted by triatomine insects (kissing bugs) which inhabit crevices in the walls and roofs of substandard housing. These blood-sucking insects lay its faeces on the skin as they bite and the person becomes infected after scratching the bite, unknowingly rubbing the faeces in the wound or later rubbing it in the eyes. Symptoms may begin within days of infection or after many years, including: swollen eyes, fatigue, fever, swollen lymph glands, skin rash. Generally, symptoms last up to eight weeks and then disappear on their own, even without treatment.

How to Prevent Chagas:

This disease is rare in travellers, but if you are going to stay in a house made of mud, adobe or thatch, use a bed net and strong insecticide. If you suspect you may have it, get a blood test; there are medications available for the acute stages but not after it has progressed for years. After 10-40 years of infection, there is risk of developing cardiac problems, enlargement of the oesophagus or enlargement of the bowels.

Amoebas are single-celled organisms that, once ingested, settle in the large intestine. They are passed via human faeces and can contaminate water supplies, fruits and vegetables where human faeces are used as fertilizer and be transferred on the dirty hands of infected people. Symptoms can include pain and gurgling sounds in the abdomen, loose stools, bloating and fever. Though in many cases there are few or mild symptoms, amoebas can cause intestinal ulcers, increased mucus production, internal bleeding, diarrhoea, liver abscesses and brain abscesses.

What to Do About Amoebas:

There are no forms of immunization, but many medicines to treat amoebas. If you have continuing diarrhoea, especially if it contains blood or mucus or is accompanied by dizziness, contact your doctor. If you have severe abdominal pain, especially in the right side, and a fever, see a doctor right away.

Sunstroke is an acute, life-threatening condition in which the body's heat-regulating system fails, due to prolonged exposure to high temperatures and/or excessive production of heat. When the body is unable to return to a normal temperature, major organs can be damaged. Sunstroke can be preceded by heat exhaustion, when excess loss of fluids and salt results in marked weakness. Anyone exposed to high temperatures is at risk of heat exhaustion/sunstroke, but young children, elderly people, and people with certain chronic conditions or on certain medications may be more vulnerable. Symptoms of heat exhaustion include: weakness and fatigue, aching muscles, nausea, clammy skin, weak, rapid pulse, dizziness, heavy sweating, fainting and headache. Symptoms of sunstroke include: hot, dry skin, no sweating, flushed, pale or purple skin, hyperventilation, rapid bounding pulse, headache, muscle cramps, disorientation, agitation, lethargy, convulsions and an extremely high body temperature.

How to Respond to Sunstroke:

Quiz: Are You Prepared for a Medical Emergency?